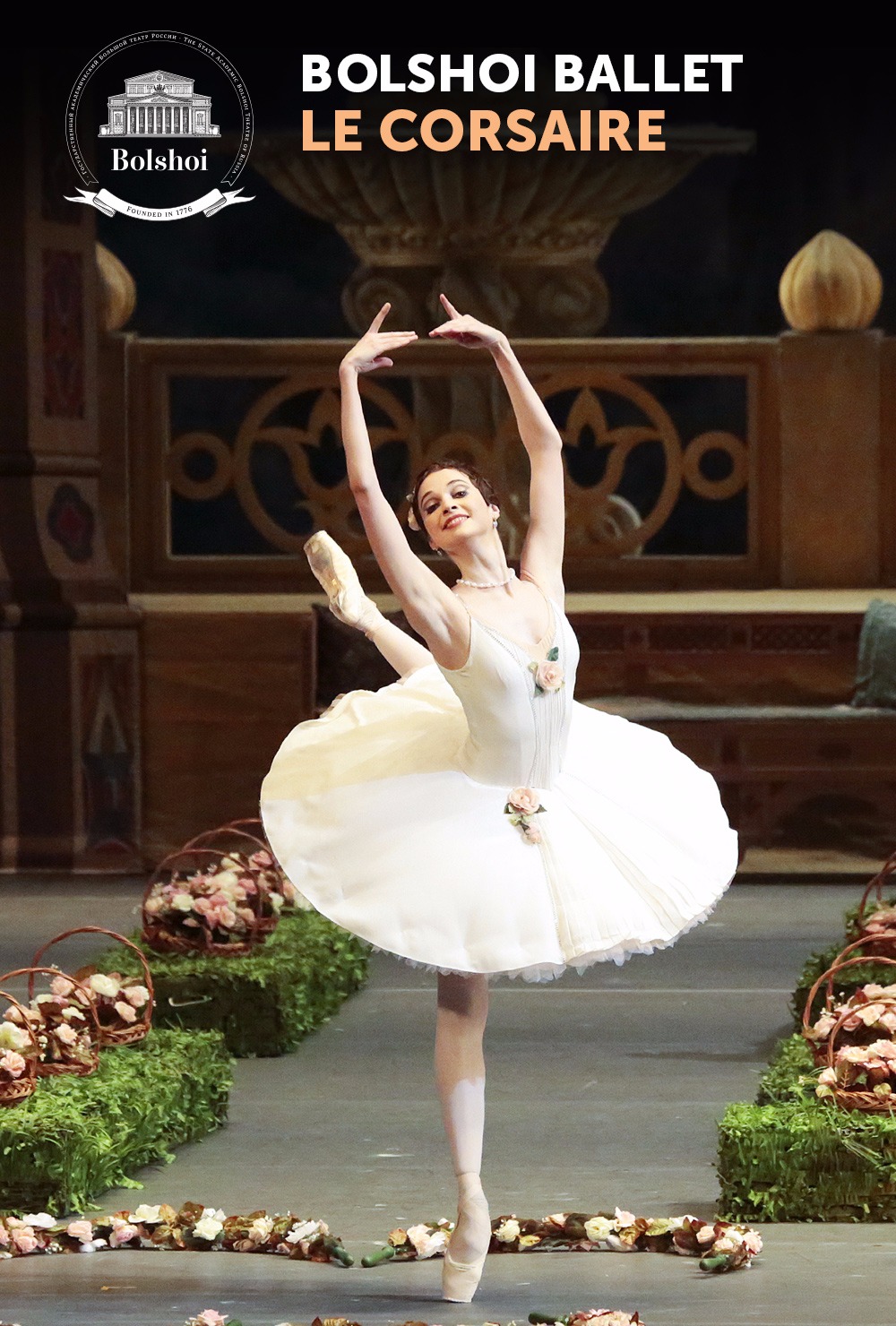 Cast for the Bolshoi cinema broadcast of Alexei Ratmansky's reconstruction of Le Corsaire, October 22, 2017. Updated October 10 (Krysanova replaces Smirnova a Medora)
For dates in the US, please click here: https://www.fathomevents.com/events/bolshoi1718-le-corsaire