There's a great opportunity coming up to see the Royal Danish Ballet delight us with the joy that is Bournonville as only they can perform it, without even leaving North America.
I had been looking at a trip to Washington DC June 8-11 to see the full-length Bournonville ballets Napoli and A Folk Tale.
However, the RDB has just announced that they will also be visiting New York the following week with a slightly different program but still offering a lot of Bournonville. American Ballet Theatre is also in season that week so now I am looking at a New York Bournonville-a-thon instead of (or in addition to) a Washington one. PLEASE LET ME KNOW (toursenlair@gmail.com) AS SOON AS YOU CAN IF YOU ARE INTERESTED IN EITHER OF THESE TRIPS AS I HAVE TO START PLANNING THEM IN DETAIL NOW.
The June New York trip would look like this:

Tuesday June 14: American Ballet Theatre, Alexei Ratmansky's The Bright Stream
A comic ballet in two acts, The Bright Stream, set to music by Dmitri Shostakovich, tells the story of the members of a Russian farm collective in the 1930's and their humorous interactions with a group of visiting performers during the harvest festival.

Wednesday June 15: Royal Danish Ballet mixed program:
Flemming Flindt's The Lesson (about a deranged sadistic dance instructor who kills his students, this ballet created in 1964 is a famous part of the RDB rep)
Bournonville Variations
Jorma Elo's Lost on Slow
Set to music by Vivaldi and danced by a stunning cast of three women and three men.With geometric sharpness and quick isolation of body parts, the dancers go through a tempest of arbitrary gestures, tightly woven motifs, and doll-like maneuvers. The soft-slippered, ornate tutu-ed ballerinas slither in and out of the arms of their male counterparts in striking stances--sometimes frozen, sometimes trembling. It is a sophisticated, macabre dialogue of tongue-in-cheek mime/modern dance and human puppetry.
Napoli Act III

Thursday June 16, ABT: Coppelia
Friday June 17, RDB: The Lesson and La Sylphide
Return Saturday June 18 (or stay another day if desired, with the possibility to see La Sylphide/Napoli Act III twice more on the Saturday)


For complete info about the Royal Danish Ballet's US tour, visit: http://kglteater.dk/Alle_forestillinger/Turne_10_11/Ballet_Turne_US/RDBallet_US_Turne.aspx?sc_lang=en

Your video treats of the week
Some fun items I've gleaned from the web that I know you'll enjoy:

The National Gallery of Australia has just opened an exhibit featuring many of its Ballets Russes costumes. Fabulous website and short video here:
http://www.nga.gov.au/Exhibition/BalletsRusses/Default.cfm?MNUID=6
Posted by Katherine Barber, Tours en l'air at 2:45 PM No comments:

Lovely trailer for a documentary about Angel Corella's ballet company in Spain.
Posted by Katherine Barber, Tours en l'air at 5:04 PM No comments:

Article and slide show about pointe shoes: http://edition.cnn.com/2011/SHOWBIZ/02/02/ballet.pointe.shoes/
Posted by Katherine Barber, Tours en l'air at 8:58 AM No comments: 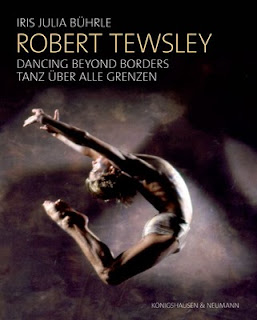 A fabulous new bio and photo book about Robert Tewsley is to be published this fall. The publisher is offering a pre-publication (until May 31 only) discounted price of only 22.80 euros plus 3.90 euros shipping anywhere in the world. At current exchange rates this works out to about $38-$40 Cdn. The book will include text in English and German, and beautiful photos (not that there are any other kind of Robert Tewsley!) from his career with The National Ballet of Canada, Stuttgart Ballet, and elsewhere. Makes a great Christmas gift for any ballet lover. Not available through Canadian bookstores.
To order online, please visit the publisher's website:
http://koenigshausen-neumann.gebhardt-riegel.de/product_info.php/info/p7012_Robert-Tewsley--Dancing-beyond-borders--Robert-Tewsley--Tanz-ueber-alle-Grenzen--zweisprachig-Deutsch---Englisch--Subskriptionspreis-bis-31-5-11----22-80-danach-ca----30-00--ca--128-Seiten.html
Posted by Katherine Barber, Tours en l'air at 7:23 AM No comments: