All performances at the Four Seasons Centre for the Performing Arts, Toronto. To buy tickets, click here.
The National Ballet of Canada performs Christopher Wheeldon's Alice's Adventures in Wonderland

Livestream of Jewels from Munich

Available via this link:
https://www.staatsoper.de/tv.html?no_cache=1 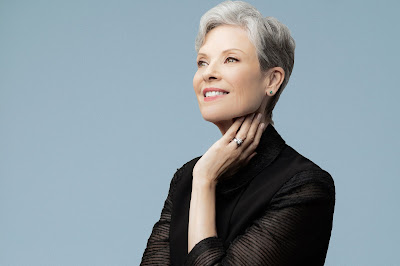 February 12, 2019… Karen Kain, Artistic Director of The National Ballet of Canada, today announced that she will direct and stage a new Swan Lake for the 2019/20 season in celebration of her 50th anniversary with the company. Along with the world premiere of Swan Lake, the milestone season will feature world premieres by Crystal Pite and Robert Binet, three company premieres and the appointment of Alysa Pires as Choreographic Associate. #1920SeasonNBC
Swan Lake will draw inspiration from Erik Bruhn’s landmark production and will feature, along with Ms. Kain, two of the world’s top female creators, with new sets and costumes by the renowned designer Gabriela Týlešová and lighting by Tony Award-winning designer Natasha Katz. Swan Lake makes its world premiere on June 5, 2020.
“At this point in my career, 50 years on, the thing that continues to drive me is my love for the art form and for the National Ballet,” said Ms. Kain. “Swan Lake has been a huge part of my artistic life and holds a special place in my heart. With this new staging, I want to accentuate the romantic core and the love story that provides the ballet with its powerful, emotional life.”
Ms. Kain has commissioned acclaimed Canadian choreographer Crystal Pite to create a new work on the National Ballet. Emergence, Ms. Pite’s outstanding first work for the company created in 2009, is an audience favourite. This world premiere will feature sets by Emergence designer Jay Gower Taylor, costumes by Nancy Bryant and lighting by Tom Visser. The ballet will make its world premiere in a program featuring Chroma by Wayne McGregor and the company premiere of Frederick Ashton’s Marguerite and Armand, February 29 – March 1 & March 18 – 21, 2020.
The National Ballet presents the world premiere of Orpheus Alive, a new work by Choreographic Associate Robert Binet, in November 2019. Mr. Binet’s new work is a fresh re-telling of the myth of Orpheus and Eurydice, a tragic tale of a gifted musician who, against all odds, travels to the underworld to bring his beloved back to life only to lose her again because of a moment of doubt. Mr. Binet has updated the tale by casting Orpheus as a woman and Eurydice as a man. Orpheus Alive is set to a commissioned score by renowned American composer Missy Mazzoli with libretto by Rosamund Small, set and costumes by Hyemi Shin and lighting by Tom Visser. It is presented with the company premiere of George Balanchine’s Chaconne, which is based on choreography he created for a 1963 Hamburg State Opera production of Gluck’s Orfeo ed Euridice, November 15 – 21, 2019.
A section of Orpheus Alive, performed by three National Ballet dancers, will be presented at the Guggenheim’s Works and Process in New York City, September 2019.
The Fall Season in November 2019 features the company premiere of Jiří Kylián’s Petite Mort, presented with Harald Lander’s Etudes and Piano Concerto #1 by Alexei Ratmansky plus the great classic, Giselle.

Christmas favourite The Nutcracker by James Kudelka, returns for the Holiday Season.

The Winter Season features Alexei Ratmansky’s Romeo and Juliet, onstage during March Break.
The National Ballet will tour to the John F. Kennedy Center for the Performing Arts in Washington, D.C. with a mixed programme of Petite Mort & Piano Concerto #1 & The Vertiginous Thrill of Exactitude, January 28 – 29, 2020, plus The Sleeping Beauty, January 30 – February 2, 2020.
The company’s annual tour to the National Arts Centre in Ottawa, April 2 – 4, 2020, will feature Romeo and Juliet.
The National Ballet will perform The Vertiginous Thrill of Exactitude at the Fall for Dance North Festival, Fall 2019, at the Sony Centre for the Performing Arts in Toronto.
Alysa Pires will be appointed Choreographic Associate in the 2019/20 season, alongside Choreographic Associates Robert Binet and Guillaume Côté. Ms. Pires was one of five choreographers selected for the National Ballet’s Choreographic Workshop. Her creation, In Between, was presented at the Betty Oliphant Theatre in Toronto in January 2018. She has created works for Ballet Jörgen, ProArteDanza, Citie Ballet, Canadian Contemporary Dance Theatre, Ryerson University, her own company Alysa Pires Dance Projects and more.

More Information on CreativAction >
Ms. Kain will be the first Canadian to be honored by the Royal Academy of Dance with the Queen Elizabeth II Coronation Award. She will be presented the award at the Genée International Ballet Competition in Toronto at the Four Seasons Centre for the Performing Arts in August 2019.


Posted by Katherine Barber, Tours en l'air at 11:23 AM No comments: