Not to be confused with Saratoga Springs in upstate New York, where New York City Ballet and, since last year, other companies, have a short summer run in July, Sarasota is a wealthy resort community on the Gulf of Mexico coast of Florida about an hour south of Tampa.

Until 7 years ago, when former Royal Ballet dancer and ardent Frederick Ashton fan Iain Webb became director, later to be joined by his wife, former Royal Ballet ballerina Margaret Barbieri, the Sarasota Ballet, founded in 1990, was a fairly small, undistinguished regional company. Webb and Barbieri have put it on the ballet-lover's map, especially with their devotion to keeping alive the works of Ashton. This repertoire focus provides them with a niche, especially in the North American market, where Ashton is little known (The National Ballet of Canada, ABT, and Houston Ballet perform The Dream and La Fille mal Gardée occasionally). And the Sarasota dancers perform Ashton very well indeed. However, they are not an all-Ashton-all-the-time company, with Balanchine, Paul Taylor, Fokine, Scarlett, and others in the repertoire, as well as commissioned new works by Will Tuckett (who will be creating a Secret Garden for them this summer) and company dancer Ricardo Graziano.

If you're thinking of a winter holiday somewhere warm but don't want to neglect your ballet addiction, you might consider a week in Florida when both Sarasota Ballet and Miami City Ballet (on the east, Atlantic coast) are performing (it is a 3-hour drive between the two coasts). For instance, the last weekend in February 2015, you can catch Miami City Ballet in West Palm Beach performing Carmen (Richard Alston), Sweet Fields (Twyla Tharp), and Allegro Brillante (Balanchine) and Sarasota Ballet in an Ashton work TBA followed by Nureyev's staging of Raymonda Act III. A similar happy coincidence of schedules happens the weekend of November 21-23, with MCB performing Cranko's Romeo and Juliet and Sarasota offering Balanchine, Christopher Bruce's Sergeant's Early Dream, and Will Tuckett's Lux Aeterna. Youth America Grand Prix often has a gala in Florida in January, usually in Tampa. Joffrey Ballet also sometimes tours to Florida.

If you happen to be in Florida when the company is performing, especially if it's Ashton, it's worth a trip from somewhere else in the state. If they do another Ashton Festival like the one just completed, it's worth a trip from MUCH further away just for that. For an excellent detailed review of the festival, with pictures, see this post: http://dancetabs.com/2014/05/sarasota-ballet-sir-frederick-ashton-festival-programmes-1-4-sarasota/

You can ask for a tour of the company's facilities which includes watching some portion of the dancers' daily class. 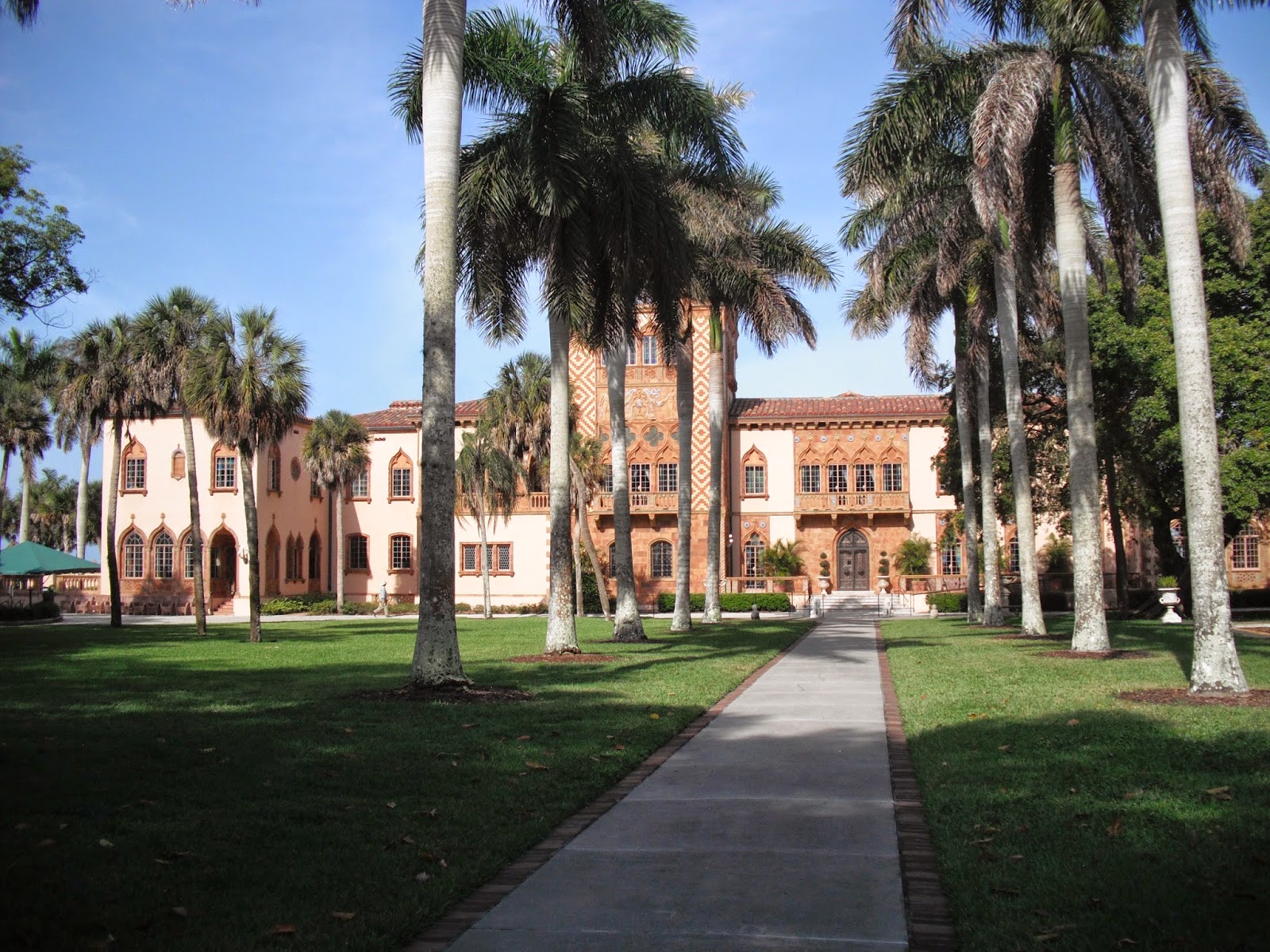 Sarasota also has a lot to offer the tourist (in addition to warm temperatures!). There are many publicly accessible beaches of startlingly white sand.
A major attraction is “The Ringling”, the magnificent former estate of fabulously wealthy circus magnate John Ringling and his wife Mable (so spelled). The Ringling circus wintered in Sarasota. The family home, built in the 20s, imitates a Venetian palazzo, with vast gardens and views out over Sarasota Bay. Their art collection of many European old masters is housed a few steps away in the art museum. A circus museum also on the grounds provides an entertaining history of the art form. Inside the visitor centre, you can see the interior of the historic 18th-century theatre from Asolo, Italy, which was transported to Florida piece by piece in the 50s to be part of the museum. 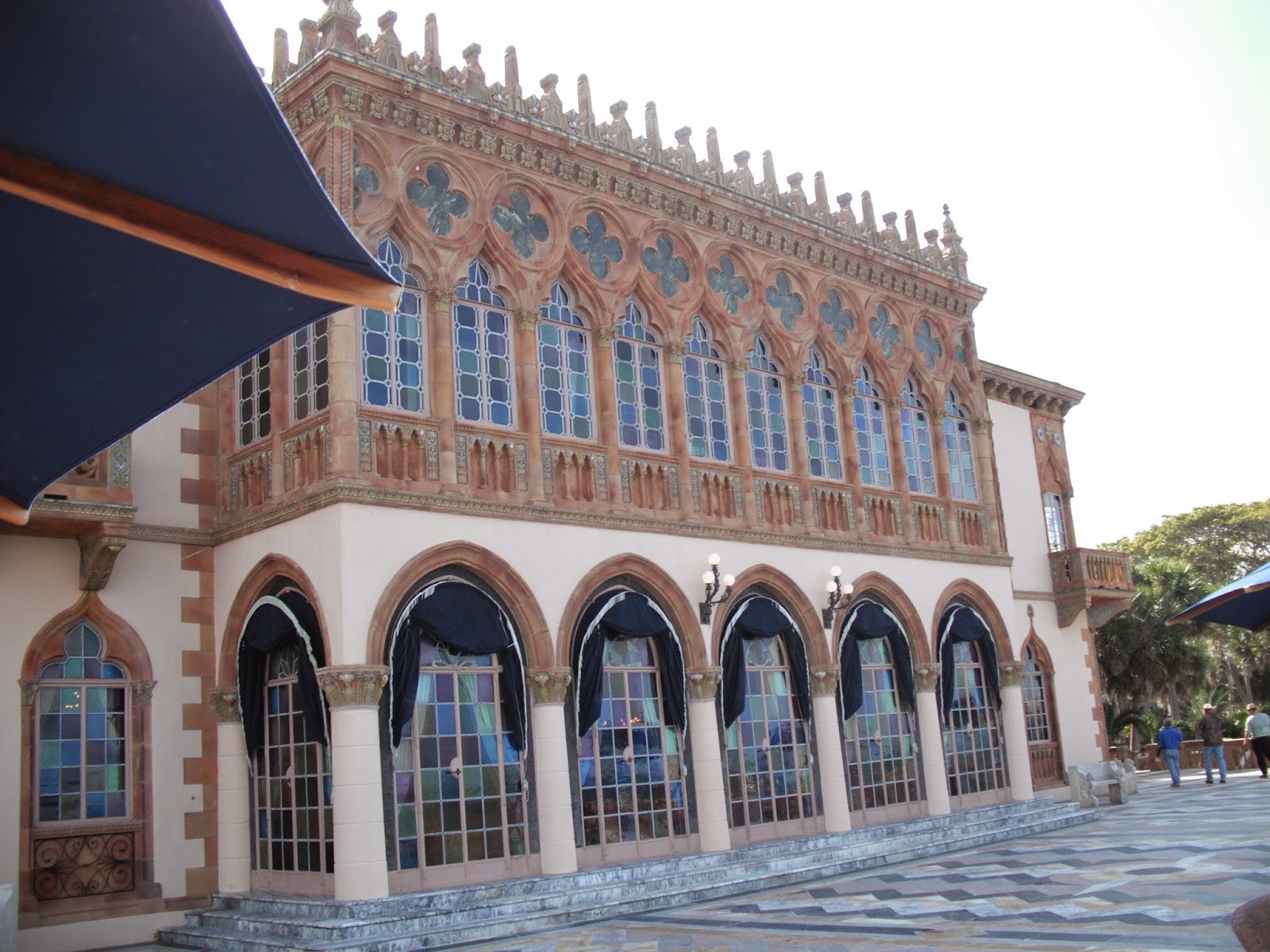 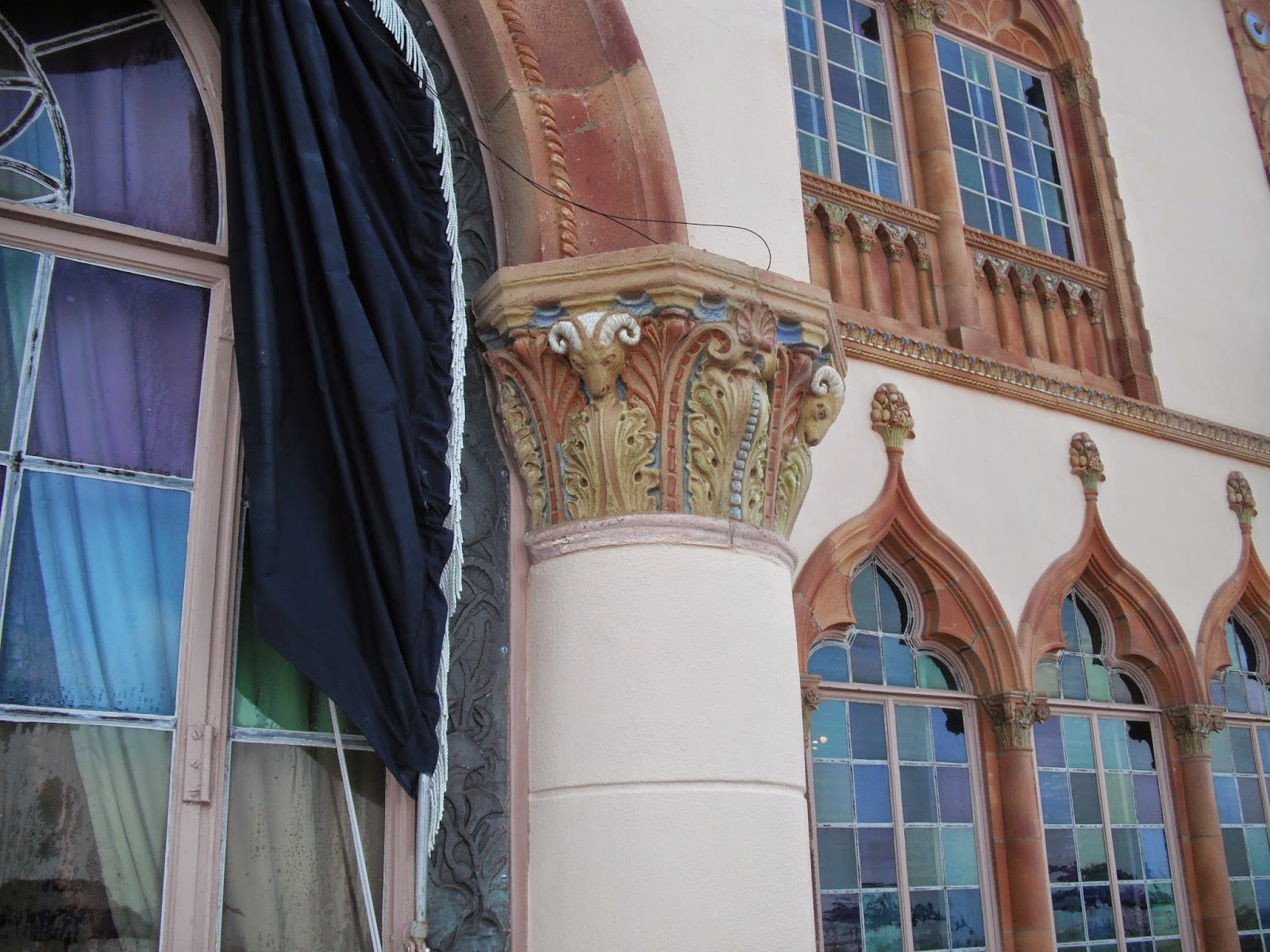 For those who like to shop, there are fancy shops and restaurants galore around St Armand's Circle on Longboat Key, an area that Ringling embellished with statues from his collection, now to be seen standing placidly among the tropical greenery on the boulevards.

Most of the hotels in Sarasota are close to the beaches; there are not many in the downtown area close to the opera house, and the ones that do exist tend to be very expensive, especially in the high season (December to March inclusive). I stayed at the Marriott Residence Inn on the northern edge of Sarasota (8 minutes by car from downtown). It offered reasonable rates ($149/night including a copious hot and cold breakfast) for a large suite including a kitchen so that you can save on expenses by not eating out all the time. The hotel offers a free shuttle to anywhere within a 5-mile radius, which covers any of the three theatres in which the Sarasota Ballet performs. The city of Sarasota also has public transit (SCAT), but I didn't use it so can't comment on how practical it is as a way of getting around.

I only attended performances in the Sarasota Opera House. Seats in row F and back are well-raked, the front rows being quite flat. I would not recommend getting seats on either of the side blocks of seats as they are further out than the edge of the stage.

Although the Residence Inn (along with many other similar hotels) is right across from Sarasota-Bradenton airport, I was not at all bothered by aircraft noise. Indeed, if other attendees at the Ashton Festival hadn't told me they had connected to Sarasota via other cities, I would have thought there was no air traffic at this airport at all. In the off-season, there seem to be direct flights to Atlanta, Charlotte, and New York. But I suspect it is busier in high season; for instance, Air Canada has a direct Toronto-Sarasota flight until mid-April but not in the summer months. Outside of high season, you may find it easier and cheaper to fly into and out of Tampa, an hour north. You can book a car service from Tampa to Sarasota, rent a car, or if you really want to save money, take the Greyhound bus, but this adds complication and a few hours onto the travel time.


If you love ballet, please check out my season of outstanding ballet trips by clicking here.

GET MORE BALLET OUT OF LIFE WITH TOURS EN L'AIR

Posted by Katherine Barber, Tours en l'air at 11:40 AM